The data management landscape has continued to rapidly diversify in the past few years. While the relational database (RDB) model continues to play a leading role, the challenges and opportunities evoked by modern data management call for new lines of thinking regarding models and computational solutions that go beyond traditional RDBs. Complex challenges for database research stem, in particular, from emerging requirements in machine learning, representations of uncertain data and knowledge, explainable AI, and data science in general.

The focus of the DBAI seminar will be on discussing these novel challenges – and the current and possible future approaches to address them – with the goal of identifying open questions and key opportunities for research at the intersection of data management and A.I. 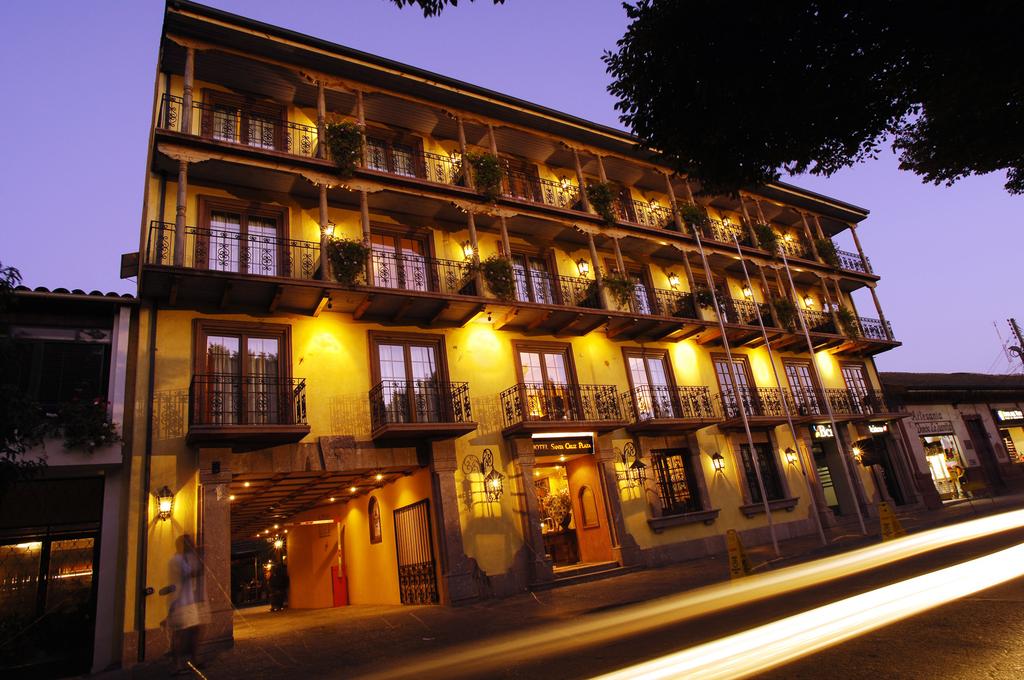 The seminar is by invite only and will be held in Hotel Santa Cruz, November 12–15, 2019, in the Colchagua valley close to Santiago de Chile.

Accomodation in the hotel will be provided, as will transport to and from Santiago. Attendees are expected to fund other costs such as flights, accomodation before/after in Santiago, etc.

The city of Santa Cruz is 180 kms. and 2.5 hrs. by car south from Santiago. There will be buses leaving from downtown Santiago and Santiago airport to Santa Cruz on the morning of November 12, and going back to Santiago in the late afternoon of November 15.

In terms of arriving to/from and staying in Santiago, first off, Santiago is generally safe, so you should not worry, be stressed or too suspicious of locals in general; however, we will give some tips to make sure your visit is as smooth and enjoyable as possible. In general, most rules are applicable to any major city.

In terms of arriving to the airport, immigration might ask you where you are staying so have your address written down on you (generally they are not otherwise too inquisitive). Chile has very strict rules about bringing any fresh fruits, vegetables, live cheeses, etc., and your bags will be scanned before leaving the restricted area of the airport. Anything processed (e.g., tea, coffee) should be fine; if in doubt, declare it and chat with the officer at the scanner about it.

In terms of getting from the airport to your accommodation, at the airport, you can get a taxi (around US$25–35 to the city center; it has yellow/black stands just before exiting to the public, and another outside), use the taxi/shuttle company "TransVIP" (shared mini-van taxi, around US$10–15 per person to the city center; it has stands just before exiting to the public, and another outside; shuttles leave from Exit (Puerta) 4 once they fill up), or you can get a bus to the city center (TurBus/Centropuerto, around US$3 for a single trip with one leaving every 10 minutes; the stop is hard to miss; get off at Los Héroes and take a metro/taxi from there). We do not recommend taking transport directly from any drivers in the airport (it can be difficult to tell official from unofficial drivers); we rather recommend to go to a stand either before exiting the restricted area or in the public terminal, paying the amount upfront and bringing the ticket to a driver outside. You may tip if you want, but it is not expected. You can also call transfers or taxis for a ride back to the airport or get a taxi on the street; it may cost CLP$14,000 to $20,000 to get to the airport from the city centre by taxi; note that it is normal for an extra charge – around CLP$2,000 – to be added to the metre for tolls.

In terms of transport around the city, Uber, Cabify, Easytaxi, etc. work fine in Santiago. In the case of Uber et al., it is recommended that one of the passengers sit in front beside the driver: Uber drivers do not want to be recognised as such by drivers of regular taxis. In general, black-and-yellow taxis are reliable and cheap, but will likely not speak any English and may have difficult understanding foreigners (have your destination written down if you do not speak Spanish; also it's a good idea to have small notes as on occassion the drivers will not carry change, or might pretend not to; make sure they start the meter (taximetro — they almost always do)). The metro (subway) also works pretty well, though it can be busy at times. You can either buy individual tickets, or if you think you will be taking multiple journeys, you can buy a Bip! card (tarjeta Bip!) for around US$2 that you can charge and use as you wish. As for walking around at night, the usual advice applies as for any major city (but nothing more than that).

In terms of money, you might sometimes be able to pay in US dollars (e.g., in the airport) but this is not so common. You can of course use credit cards and debit cards from major companies. You can use cards almost anywhere (except for buying cigarettes). Be sure to inform your bank beforehand that you are travelling to Chile otherwise they will likely block your card(s). You might get a question when paying with card about cuotas, which refers to installments; you can just say sin cuotas (which unfortunately is interpreted as one installment rather than zero installments). Restaurants are also generally okay with each person paying their own bill using their card (this is common practice). For cash, you can get good exchange rates for euros or dollars; in general, the best exchange rates on euros/dollars should have a 10 peso difference or less between buy/sell and charge little or no commission. The airport can be expensive for exchange rates but you can get excellent rates downtown (e.g., on La Moneda street); do be a little cautious when entering or exiting currency exchange shops (put your money somewhere safe/hidden before leaving the exchange shop).

In general, there is no expectation that you tip, except in restaurants, where a standard 10% tip (propina) will often be suggested on your bill or at the time of paying. Another case where a tip is expected is if you buy items in a supermarket and someone bags for you (typically a few coins is fine: something like CLP$200 or CLP$300 for a few items). Tips are welcome but not generally expected in other settings.

English in general is not very widely spoken outside of airports, hotels, and other touristic hot-spots. Some restaurants have English menus; others do not (in which case you know you are in a locals' place). In general people are friendly towards non-Spanish-speaking foreigners and will try to help you out. It is amazing what you can communicate by simply pointing and smiling. It is, however, a good idea to have your address written down somewhere on you.

November will be early summer in Chile; expect warm weather with low humidity, with daily highs at around 20–27℃, though temperatures do drop considerably at night (7–15℃). There's little chance of significant rain.

In terms of other things to know about, it's unlikely there will be an earthquake, but if there is, consider yourself lucky to experience an authentic Chilean tradition! You do not need to panic; construction is very safe; simply stand away from anything that could fall on you (e.g., from the ceiling, balconies, construction, etc.) but otherwise stay where you are. Do not use elevators during an earthquake but if you're already on one, don't stress: try to get off on the next floor.

Also do not be surprised if there is a garbage bin beside a toilet and you are asked to place any used paper in it; the rest is left as an exercise for the reader.

As in almost every major city, beware of pickpockets. Do not show/expose your valuables, do not put your wallet down on a counter or table in public, do not leave phones in backpacks or in loose pockets, do not leave your bags unattended, do not be the easy target in a crowd. The police in general are trustworthy, but if you get pickpocketed, don't expect them to do too much (by the way, don't ever think about trying to bribe them).

You can view or upload slides in the following Google Drive.